Why so many men don’t want to adopt 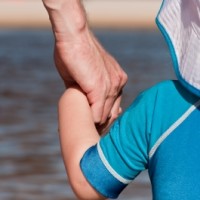 Why some men struggle with adoption

People talk to me now. It may sound odd, but since we adopted our daughter loads of strangers suddenly want to chat. The conversation varies but when I am speaking to women, one theme seems to come up over and over again. They chat animatedly for a bit and finally pause and say sadly: “I’d love to adopt but my husband isn’t keen.”

Every story is heart-wrenching and individual but there are so many stories that one has to ask: Why? Why are so many men reluctant to adopt?

This is personal for me—my own husband struggled for years to accept the idea of adopting. His eventual change of heart transformed our lives but it did not occur until we faced some of his fears and concerns together. More than two years later, we are now doing our best to understand these issues in other families. Of course these vary from person to person but interestingly, many men seem to share the same reasons for not wanting to adopt.

As an aside, some women struggle with exactly the same misgivings but they don’t seem to be as common or as debilitating as those expressed by men.

The top three concerns seem to be:

Some of the most prevalent fears that men communicate are:

In many families, family line, name and genetic heritage are fundamentally important. While I was researching this topic, one of the things that I heard men say frequently was: “I would never raise another man’s child.” Be it anxiety about bringing new blood into the family, pride in family characteristics and abilities or a threat to his own masculinity, this seems to be a deep seated concern for a lot of men.

Raising children, be they biological or adopted, is always costly. However, finance may specifically be a factor in an adoption decision when:

Both these decisions could bring financial stress and if finance is an issue in a household, this may result in resistance from the male partner.

What can you do?

So, are these issues insurmountable? Well, perhaps. But, there may be things that women can do to discuss, and hopefully overcome their partner’s concerns.

Here are some top tips:

Remember that if you have a partner, the decision to adopt takes two yeses. Most adoptive children have already been rejected—they deserve better than rejection from their new father too. And, it is tragic when marriages fail because one partner makes an adoption decision that the other spouse cannot or will not support.

But does that mean that you have to give up on your adoption dream? No, it doesn’t. The challenges may seem overwhelming and sadly, not all situations end well. But don’t lose hope—my story shows that men can and sometimes do change their minds. After years of resistance to adoption, my husband’s transformation was dramatic. Now, when asked, he tells people that adoption is the best decision that we have ever made. The key word is “we”. I’m glad I didn’t make the decision on my own but I am even more grateful that I persevered.  There is no doubt, having our daughter in our lives and our family has made it all worthwhile.