Social Development: Going to hell in a handbasket

Posted by Robyn in Child protection, News articles on 07 Jul, 2017 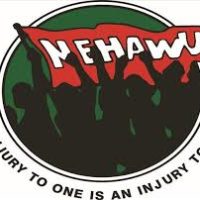 Over the course of the Social Grants crisis, the Minister of Social Development, Bathabile Dlamini was accused of incompetence, ulterior motives and most famously of showing “disdain for the country’s most vulnerable”.  All appear apt, but it is disdain for the weak and the poor that has most characterised the recent debacle, and her tenure in leadership.

Even before the ink was dry on the Concourt ruling (which saved the nation’s poor from being pawns in an elaborate political game of chess), the Department of Social Development had already veered into another self-inflicted crisis, one that has proved deadly. An ugly strike by its social workers has exposed years of neglect; poorly allocated or misappropriated funds; and how the department’s “at all costs” pursuit of certain key strategies has resulted in the loss of scarce skills, and the tragic, preventable death of hundreds of children. Chickens are coming home to roost, but as the minister tries evade paying for the Sassa crisis, the burning question is, will anyone hold her accountable for this new one?

On 13 March, National Education Health and Allied Workers’ Union (Nehawu) members employed by the Department of Social Development went on strike. Citing the breakdown of negotiations with the government (or more particularly, the government ignoring concerns first raised in August 2015), the union demands centre around salaries, workload and the employment of additional social workers.  The strike turned hostile almost immediately, with reports of social workers barricading children into facilities without food, or access to life-saving medication.

It sent the department scrambling to make contingency plans (plans it should have made before the strike began).  It was the movement of 90 high-risk children from government child and youth care centres to those run by NGOs that led to the death of a six-month-old baby. And yet, despite this tragedy, the minister and the department’s spokesperson have been strangely silent. To quote one journalist at the strike’s inception, “Social Development spokesperson, Lumka Oliphant, was not immediately available for comment after numerous attempts to get hold of her”.

The script is familiar for Social Development: overburdened employees, limited funds, and slowness or unwillingness to respond.  But, it belies hidden intent.  The death of baby Singalakha, along with the displacement, trauma, loss, and risk of trafficking, is inextricably linked to the department’s high risk policies around community-based orphan care, its emphasis on institutions, and “downgrading” the role of non-governmental organisations in social welfare to consolidate power in the hands of the department.

The seeds of this tragedy were sown more than a decade ago with Social Development’s decision to “repurpose” the foster care system (designed for emergency short-term interventions for up to 50,000 children in crisis, and often imminent danger), to provide poverty alleviation for millions of orphans in the (long-term and relatively safe) care of  “grannies and aunties”. While the need was real, the plan was never feasible. South Africa has more than three-million orphans of whom at least 1.2-million are thought to be cared for by kin, and in need of financial support (a number which is far lower than originally projected, something which should probably have given someone pause).  The department had neither the resources nor the finance to absorb this number of children into the foster care system, and the impact was immediate and devastating. Half a million children were added in just over five years and the system collapsed.

Unable to renew 300,000 imminently lapsing foster care orders, the department dawdled and denied the problem, but was eventually forced to approach the High Court for a solution in 2012.  The resulting moratorium on orders expiring prevented a catastrophe, and gave the department two years to sort out the system. It was a deadline the department (predictably) missed.

The extent of this crisis has been staggering.  Despite the department being more than 3,000 social workers short of the numbers needed to service the children in the system; despite costing the country billions as 500,000 orphans in family care receive an emergency grant more than double the Child Care Grant; despite research indicating that hundreds of children in crisis die every year because the department doesn’t have the resources, or the time to intervene; and despite more than a decade of attempts by child advocacy groups to remedy the situation, Social Development has only now tabled legislative changes to save the foster care system. The indications are that the department chose to pursue its strategy for community-based orphan care, regardless of the human or financial cost.

When confronted with evidence that the Social Development policy had single-handedly brought about the breakdown of the foster care system, a senior Social Development official (rather embarrassedly), called it “unintended consequences”.  It’s fair comment.  It is doubtful that the collapse was the department’s end game.  But its inability to predict the consequences of the policy, and its unwillingness to change the approach long after the effects were felt, looks a lot more like incompetence, or an ulterior motive, or disdain.

For many, the cost has been great. [read more]