Posted by Robyn in Child protection, News articles on 26 Oct, 2015 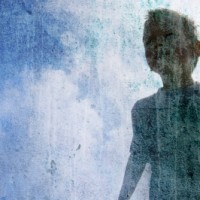 Since the advent of the Children’s Act in 2005, adopting a child in South Africa has become a bit like a Mission impossible adventure set in the Big Brother house: it is the ultimate ‘against the odds’ undertaking but also characterised by invasive scrutiny, and weeks and months that pass where absolutely nothing happens. Thanks to the perseverance of adoptive parents — which could put even Tom Cruise to shame — these quests mostly have a happy ending. But the excessively challenging, mind-numbingly bureaucratic, and often adversarial adoption process is the chief basis for the halving of adoption figures in the last 10 years from 2,840 in 2004 to 1,448 in 2014. This is a dismal figure in a country withapproximately 3.5-million orphans, many in need of adoption. So why was a recent headline in the press ‘Adoptions to be cheaper, easier’ received with such little fanfare and even dismay by the adoption community? The answer seems to lie in a small but significant change to the law — one imbued with potential risk — the rather subversive government-led messaging around this change in policy, and the inexorable sense that the new approach is designed to fix the only part of the adoption process that isn’t broken (well, not yet). Ultimately, the perplexing thought remains: What if adoption is actually worse off on the other side of these changes? Time, and what the department does next, will tell.

Across the globe, adoption is a specialised practice, and no wonder, governed by national and international law, it is a complex process of legally and permanently changing a child’s identity. Mistakes made in screening potential adoptive parents could result in children being trafficked, neglected or abused, and errors in declaring a child adoptable could result in irrevocable harm to the child and families alike. Given this need to protect the best interests of the child, it is no wonder that South Africa’s Children’s Act defines very stringent criteria for working in this field, including accreditation and professional registration for social workers. But, what at first glance looks like a minor amendment to the Children’s Act might change all of that. If promulgated, this proposed change will expand the definition of an adoption social worker beyond the current experienced, accredited association of practitioners, to include every social worker employed by the Department of Social Development, be they permanent, part time or even contractual.

The stated goal of the amendment is to redress an apparent oversight in the original Act: the government restricted adoption practices to social workers in private practice and those employed by Child Protection Organisations, thus preventing its own social workers from processing adoptions. The omission has always been puzzling so extending the definition to include department social workers makes sense; it has even been applauded as a way to increase the scarce number of experts in the field. Where things get murky is the lack of qualifiers included in this new part of the definition. While other adoption social workers need to be accredited and in some cases registered, no such requirements have been specified for the department’s employees. In a perfect world, the department will of course train, monitor and control its social workers but if its plan is to regulate them, why not simply specify this in the Act? Without those legal parameters, the risks of potentially inexperienced and unskilled social workers conducting adoptions is real, and would certainly outweigh the benefits of making adoptions available to more people.